Saeid Mollaei to Compete under the Mongolian Flag

Chantsaldulam | Chinggis.info
2019-12-03
Share Tweet
Saeid Mollaei, 2018 World Champion in -81kg and world number one until the World Championships in August 2019, currently third in the World Ranking List, will now compete under the colors of Mongolia. 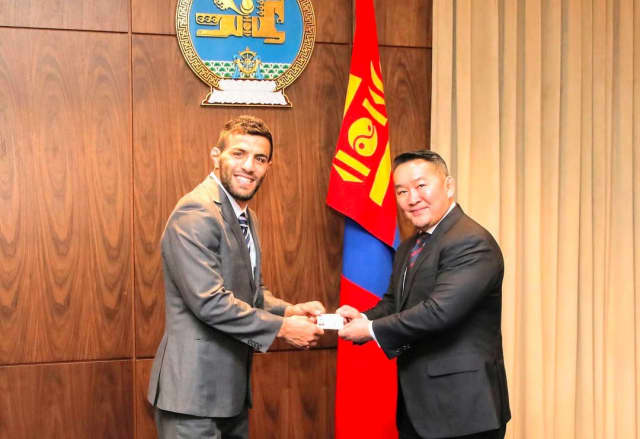 Following the Osaka Grand Slam, in which he placed 7th for his return to competition after the events in Tokyo, and currently in training in Mongolia, the Iran-born athlete, recently met the President of the Republic of Mongolia, Khaltmaagiin Battulga. On the occasion of this meeting, the President handed him the official papers symbolizing and confirming his new Mongolian citizenship.

Saeid Mollaei is no longer part of the IJF refugee team and is expected to compete at the December Qingdao Masters under the Mongolian flag, as well as during the upcoming World Judo Tour events, in order to qualify for the Olympic Games.